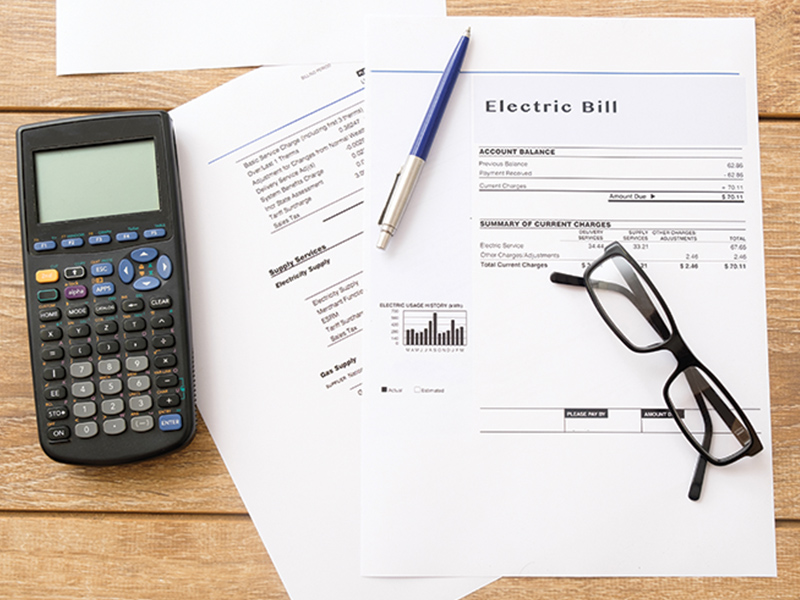 Four Simple Ways to Lower Your Next Electricity Bill

Do you think your electricity meter is playing tricks on you?

The chances are you are getting sky-high electricity bills when you think you haven?t consumed THAT much energy. Well, you are not alone! Different seasons affect the consumption of energy at homes and depending upon where you live, you may be using more heating or cooling appliances. But is there a way to cut down the next electricity bill?

The answer is YES!

Here are four simple ways you can lower your next electricity bill:

Old appliances including your beloved first refrigerator, furnaces, washing machines, and dryers consume more energy than that of modern units. In some countries, homeowners find tax incentives and discounts for replacing old appliances with new ones for this reason.

We suggest that you should replace your outdated appliances with newer and efficient models. In a few years, the amount you have saved on your electricity bills will help pay off the new appliance.

All appliances use energy by what is known as "vampire energy loads". You would have observed that appliances which have been left unplugged continue to use energy while draining the power of the device. The "vampire energy loads" remain hidden; they are not mentioned anywhere on the electricity bill but can add to as high as five per cent (sometimes even more) to your energy costs on an annual basis.

It is better to turn off the power supply and then unplug the electric equipment when not in use. If that is not possible, the next alternative is to use a power strip which can be turned off when the items are not needed.

Devices that come with dryers such as washing machines and dishwashers can consume a lot of energy when they use the drying feature. You can save a lot of power by skipping this option.

3. Avoid Equipment Use during 'Peak Hours'

Certain hours of the day are known to cost more for using electricity than others. These "peak hours" or "peak power hours" vary by electrical companies, seasons, and geographic locations. If you are using more appliances during these hours, it is likely that you will receive a heavy bill amount. Try to use appliances during the off-peak hours or eliminate using certain devices altogether.

Modern technology has allowed us to make use of smart solutions to conserve energy. One of these is a smart power strip. These strips are excellent for devices that act as energy vampires; in addition, they protect appliances during power overloads and surges. Smart power strips can be installed easily and even adjusted with your smartphone or Voice Assistants. When not in use, the devices can be turned off immediately.

Dimmer switches and light occupancy sensors are great devices for cutting down costs and reducing wattage. Home lighting adds as much 12 per cent of the total electricity bill amount. Dimmer switches can offer variable illumination and turning off lights when the room is not occupied.