X
Enquire Now
Cut short the bill but don't cut back on the power! 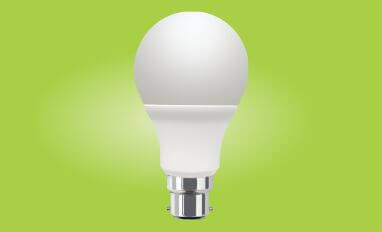 Power cuts, a word that everyone dreads, but they can be quite a hassle to deal with, especially in summers. Well, the thing is when the load on the power grid increases, the providers, sometimes have no option but to cut the power in order to maintain a minimum of backup power and also to prevent overworking the power lines.

This becomes a common occurrence in summers since on top of the regular load being used by the people, cooling appliances (to fight back the heat) are added to the list of load bearers and this increases the usage substantially. But the increased usage can also be seen in winters for the same purpose, to make the climate much more tolerable and comfortable.

As you might suspect, this not only leads to above mentioned power cuts but also increases the electricity bill and could even burn a hole in your pocket. And thats what this post is about; how to save much of your money by using less electricity but not to take the beating of the heat. So lets start with sustainable baby steps, shall we ?!

The first one might be a pretty obvious one being - turn off the devices when not in use. This might not a new one but even the people who know it, fail to uphold it. Next one might sound like a way to spend more money instead of saving, but truth be told, it will end up saving in the long run. And that would be - do not keep using completely outdated appliances, as with age electrical appliances not only lose their efficiency but also start using more and more power as they go. This also implies in a manner that one should switch to power efficient devices. For instance, a microwave will do the same job in 15 minutes while on the other hand, an oven will take at least an hour for the same. Now this does not mean one should simply throw away all their old appliances but try to use them less frequently and sparingly.

When you are in the market for buying new equipment, try to pay attention to the energy rating of that particular product and how energy efficient or power saver they are. Usually they tend to be a little more expensive but the money you save on electricity in a few years, will be more than what you paid for them and might even end up paying for itself in due time.

And now let?s get a little more particular about the household methods which might not be as obvious as the above ones.

For starters, talking about lighting accessories, try to use as much of the natural light wherever possible, use LEDs instead of old school tube lights, CFLs, bulbs etc. Instead of lighting up the entire room, focus on your work area could be a good place to start.

Next in line would be ventilation systems, try to maintain a comfortable temperature instead of turning up the air conditioner or heaters all the way up. Use natural resources in times of pleasant weather, after all its free! While we are at it, might be a smart move to use appliances only when necessary. Such as don?t use dishwater to dry the dishes, or dryers for clothes, just let nature take care of it. Taking some time to be disconnected from the world by cutting back on gadgets, internet might not be a bad idea and an added benefit from it would be some peace of mind.

Using modular electrical equipment can also help you save a few bucks here and there. The way they save power is when not in use, they can just be taken out of the circuit so as to not consume power even when sitting idle (including modular MCBs).

So to provide a gist, you should be the one in control of these devices and not the other way around. Also, mother nature is quite good at solving a lot of problems for which we seem too eager and impatient to fall back on appliances. Let nature do what it does best and aid you in saving power.